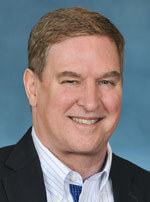 Specializing in aggressive growth strategies and implementation, Mr. Hood has held senior management and consulting positions within the franchising and retailing industries since 1988. He is an expert in areas of franchise development and implementation, retail management, site selection, international business, and strategic planning.

Over a nine-year period, Mr. Hood directed the franchised expansion of Auntie Anne’s Soft Pretzels, one of the fastest-growing and most highly regarded franchise systems within the U.S. During his tenure at Auntie Anne’s, the company expanded from a start-up concept to an international system comprising 640 domestic and more than 100 international retail locations, 320 corporate employees, and system-wide sales of over $200 million.

As Vice President of Franchise Development, and later President, Mr. Hood played a key role in the development and implementation of the company’s business development strategies in both the U.S. and international markets.

As an experienced franchise business consultant, Mr. Hood’s expertise in areas of franchise implementation includes organizational development, international franchising, franchise marketing and sales strategies, regulatory compliance programs, franchisee support systems, the development of franchisee advisory councils, consumer marketing, retail brand development, site selection, and operations training. He is a frequent speaker at IFA and other industry events, and has written or collaborated on many papers, articles and interviews within the franchise media.