By submitting this form I consent to receiving electronic information from iFranchise Group. To opt-out contact us at [email protected]chisegroup.com or (708) 957-2300, or click here.

REQUEST INFO ONLINE (708) 957-2300 For information on how to franchise your business
Los Angeles, CA Franchise Consultant 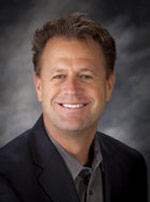 Over the course of more than three decades in franchising, Jewett has been a franchisee, a franchise consultant, expert witness, and the CEO of two different franchise companies. Specializing in implementing rapid growth strategies, Jewett is an expert in Federal Trade Commission (FTC) and state franchise law, franchise marketing, franchise sales, and in evaluating companies for franchisability.

During the course of his career, Mr. Jewett has consulted with hundreds of companies on their franchised growth strategies and numerous franchise systems. He has developed a franchise program for over 60 companies and has assisted numerous existing franchisors establish best practices. He was the lead iFranchise Group consultant for Bikram Yoga, West Marine, Yoshinoya, Fast Wrap, Denny’s, and Twentieth Century FOX as well as dozens of small to medium sized franchise networks. Also an expert at international expansion, he has franchised into 23 countries.

Between 1999 and 2006, Mr. Jewett directed the franchised expansion of LINE-X, one of the fastest-growing franchise systems in North America. Under his leadership in franchise development and implementation, the company expanded from a start-up franchise to an international system comprised of 647 retail locations throughout the U.S. and 23 international markets. System-wide sales exceeded $160 million. As CEO of LINE-X (and its sister company, PAXCON), Mr. Jewett played a key role in the company’s growth and success. Mr. Jewett led the sale of LINE-X to Graham Partners (a private equity firm) in August 2005.

During his tenure at LINE-X, the company placed 56 on the Entrepreneur 500, being named to Entrepreneur Magazine’s “20 Fastest Growing” four years in a row, and “Best New Franchises” for his last five years with the company. LINE-X won awards for its growth, management, and/or operational excellence by Frost and Sullivan, SEMA, and a host of other organizations. PAXCON, the industrial coatings division, is the only coating system to gain U.S. Department of Defense, Army Corps of Engineers, and Navy approval to protect against potential terrorist attacks. Through Mr. Jewett’s efforts, PAXCON won a coveted contract to protect the U.S. Pentagon and many other government and military buildings.

Prior to 1999, Mr. Jewett was a franchisee, and later a franchisor, of two mall-based photography and digital imaging franchises. He also has extensive experience in restaurant operations, having started his career as a restaurant manager for a national steak franchise chain.

Having sold his equity interests in two franchise companies, Jewett intimately understands the process of business valuation, private equity, and the process of maximizing shareholder value. Mr. Jewett holds a B.S. in Business and an MBA from San Diego State University.

I personally believe that the iFranchise Group has assembled the single most knowledgeable and experienced team in franchise consulting today.