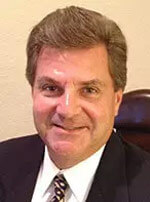 Peter Capodice has quickly earned his preeminent reputation in the executive search industry by his strong commitment to delivering promised levels of client service and the nurturing of productive client relationships. An important key to his success is his ability to be flexible and effective in dealing with the ever-changing priorities and needs of his clients.

Mr. Capodice has successfully completed hundreds of executive level searches for companies as diverse as well funded start-up multi-billion dollar, multi-concept organizations. His placements have earned industry-wide recognition and the results generated by Capodice & Associates Predictive Performance candidates have been unprecedented for its clients.

In March of 2000, Mr. Capodice added a new dimension to the portfolio of services offered to his clients by integrating the world’s leading competency based assessment into the search process. Since then thousands of the industry’s most successful executives have been assessed and their behaviors identified. The result has added an elevated level of performance.

In 2010, Capodice & Associates Predictive Performance formed an alliance with the iFranchise Group and Franchise Recruiters giving employers and candidates access to one of the largest resources for franchise executives worldwide.

Mr. Capodice earned a degree from Florida International University in Restaurant/ Hospitality Management. Prior to his accomplishments in the executive search industry, Mr. Capodice was employed by The Pillsbury Company, Grand Metropolitan, PLC and D&K Optical.