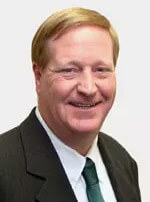 In a career that spans three decades, Mr. Siebert has developed extensive expertise in franchise sales, franchise brokerage, and business management and analysis. A Certified Franchise Executive (CFE), he has personally analyzed hundreds of companies to determine their optimal expansion strategy and their readiness for franchising.

Prior to joining the iFranchise Group, Mr. Siebert was a consultant with The Entrepreneur Authority, the leading franchise brokerage firm in the country. In his role as a franchise broker, he was intimately involved in every aspect of the franchise sales process – from lead generation to Discovery Day to close.

Mr. Siebert has extensive experience in the securities industry. Earlier in his career he was a broker for Goldman Sachs on the Chicago Board of Options Exchange. Mr. Siebert held NASD Series 7, Series 63, Series 55, and Series 4 licenses, allowing him to sell stock, options, and futures in the public markets. He graduated from Illinois State University with a degree in Economics.