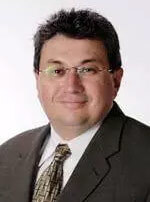 Prior to working for Famous Famiglia, Mr. Bargas served as Midwest Regional Director for Auntie Anne’s Hand-Rolled Soft Pretzels, a 900-unit international franchisor. In that role, he helped guide the company’s expansion in the Midwest from a handful of stores to more than 150 locations. Mr. Bargas was credited with developing new operational and training approaches that were implemented throughout the system.

Mr. Bargas began his career with OfficeMax, where he developed the operational materials for the business and helped found their “Train-the-Trainer” program. The Train-the-Trainer program assisted OfficeMax in its successful absorption of two other major office-supply corporations on the East and West Coast. Mr. Bargas also headed up a team that innovated and implemented the home-delivery system for OfficeMax that is still in use today.