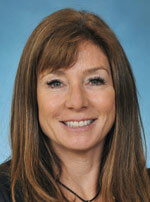 Joanna Meiseles has been an entrepreneur and franchisor for the past 20 years. More than two decades ago, she saw a need in the marketplace for a hair salon focusing on children and launched the Snip-its salon brand in suburban Boston in 1995.

As Founder and CEO of Snip-its, Ms. Meiseles ran five company locations, then franchised the concept in 2004 and grew the brand over a ten-year period. Under Ms. Meiseles’ leadership, Snip-its received numerous awards including the Franchise Times’ fastest 55 growth brands, and the Entrepreneur Top 500. Ms. Meiseles was twice a finalist for Ernst & Young’s Entrepreneur of the Year award. Today, Snip-its franchise owners operate 65 locations in 22 states.

Ms. Meiseles spent several years following her tenure at Snip-its as the Senior Director of Programs and Operations at MassChallenge, a business accelerator program dedicated to the support of high impact startups.

Ms. Meiseles received her Bachelor’s degree from Duke University, and her MBA from Babson College.