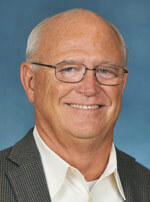 In his work with franchise relations, Mr. Kolinek assisted with the integration of Schlotzky’s associates into the culture of the parent company, Focus Brands. He updated the Schlotzky’s operations manuals, franchisee handbook and opening training manuals. He conducted personal negotiations with non-compliant franchisees and worked in a leadership role for franchise best practices.